Accessibility to local food in North Macedonia during the crisis, 28.3.2020 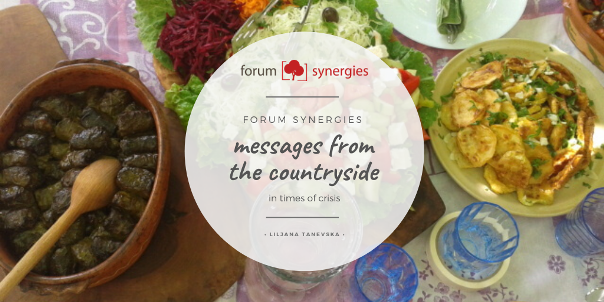 Accessibility to local food in North Macedonia during the crisis

Hi from silent nights and days in our country as well. As number of infected rise daily and spreads around the country here is a short update on local food and accessibility to local food.

One town Prilep, where the virus was detected announced on the news that it will close the open market. The other one, Kumanovo have decided to have it open three times a week.

There is a governmental decision about restrictions in the movement of people which is limiting the movements during weekend Saturday and Sunday, starting from 16:00 , till morning next day. However, the Ministry of Agriculture Forestry and Water Economy have announced that due to the season the food producers are allowed to work in fields and they can get permits to do so from the local offices of the Ministry.

In Skopje the traders and some producers who were sitting at the open markets now offer delivery to home for all interested to buy, as the call is for all to stay home as much as possible.

Our consumer cooperative still functions with limited resources as it was using the public transport for delivery of food to the capital from the producers nationwide. Last baskets were full and regular, there is announcement that the next ones will have reduced options due to the crisis.

There is attempt to find ways to enable organic food producers to deliver the food and to have acceptable prices for the cooperative members. There is also a reduced price to get the basket at home address, instead of going there to pick it up.

In smaller places, people know who has potatoes, who has carrots, who has leeks and that’s how food supply functions at the moment. This is what I heard from my mother in law from the northeast of the country. I think their way is always this way as they always eat healthy and almost organic foods produced in mountains.

Otherwise the supermarkets function and have some items that are produced in NMK.